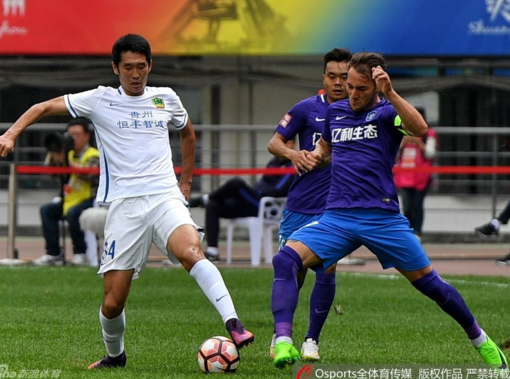 Super Eagles and Tianjin Teda captain, Mikel John Obi, was missing in action for his club Tianjin Teda As they battled home side Guizhou Hengfeng Zhicheng to a 0-0 draw in a Chinese Super League match at the Guiyang Olympic Sports Center on Saturday.

His Nigerian teammate Brown Ideye however came on for Teda as a 65th minute substitute for Mbaye Diagne and for his third appearance in the CSL.

Tianjin TEDA are now ninth in the CSL log.

It was the first game the 30 year old Nigerian captain was left out this term. Mikel has scored once in three Chinese Super League appearance.

At the Qinhuangdao Olympic Sports Center, Obafemi Martins was also left out of the matchday squad of Shanghai Shenhua who lost 4-2  to home side, Hebei CF.

Martins could make his first CSL appearance this season against Odion Ighalo’s Changchun Yatai next week.