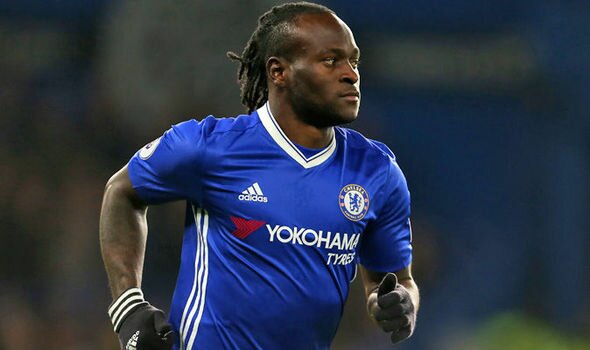 With the European league season coming to a thrilling end, more Nigerian players got game time abroad. Here’s a recap of the key performers over the past weekend.

Wilfred Ndidi missed Leicester’s first loss under Craig Shakespeare while Ahmed Musa who replaced Jamie Vardy couldn’t do much to turn the result in favour of the defending champions.

Victor Moses marked his return from an injury that has kept him out of Chelsea’s last two games with another consistent and assured display against Bournemouth on Saturday.

Kelechi Iheanacho managed 15 minutes of Manchester City’s 3-1 win over Hull City on Saturday but he was unable to put an end to his current goal drought at City.

Isaac Success saw a rare 90 minutes for Watford and although his side lost to Tottenham Hotspur, the 21-year old was the liveliest Watford player and he will hope his performance will earn him another chance from the start.

Carl Ikeme was missing in Wolverhampton’s 3-1 loss at Bristol City on Saturday, but it was the 19-year old Tammy Abraham – who could play for the Super Eagles – that stole the show with his brace, taking his goal tally for the season to 20 this season.

Sone Aluko’s Fulham thrashed Ipswich Town 3-0 on Saturday as the continue to push for a playoff spot and Aluko was on hand with an impressive performance over 90 minutes.

Anderson Esiti and Moses Simon were in action against Anderletcht in the the Belgian Champions playoffs on Saturday that ended goalless. Moses Simon couldn’t continue from where he left off before he was replaced by Samuel Kalu deep into the second half.

Ogenyi Onazi’s Trabzonspor suffered a Heartbreak in the seven-goal thriller against Besiktas. Onazi was substituted in the 76th minute, by which time Trabzonspor pushed for a win only to concede the crucial fourth at the death.

Nosa Igiebor and Bright Edomwonyi were both in action as Rizespor saw off bottom placed Adanaspor 3-1 as they continue there attempt to a pic relegation. While, Super eagles defender Godfrey Oboabona was not part of the action.