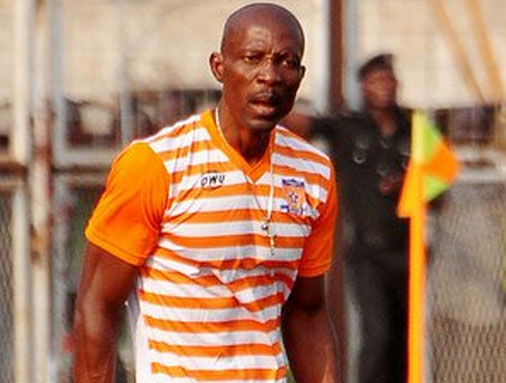 Despite his side 1-0 win over Remo Stars at the Akure Township Stadium, Sunshine Stars Coach, Kayode Olujohungbe, has said that they are not out of the woods yet, insisting that the game only opened his eyes to some things they need to work on in the team.

Speaking exclusively to AOIFootball.com, Olujohungbe admitted that the win made him more relaxed, but his major source of concern is that his team were outplayed in the midfield by the Fatai Osho-tutored side. He added that he is working on his team’s perfection and will put in more efforts towards rebuilding the team.

“Any win will always make you more relaxed as a coach, but despite the win, I can’t really say we are now stable. The game only opened our eyes to other areas we need to work on.”

“During the game we were outplayed in the midfield, we will look at correcting that on the training ground before our next game.”

“I’m more concern about the continuous building of the team and we will keep on working on them,” Olujohungbe said.