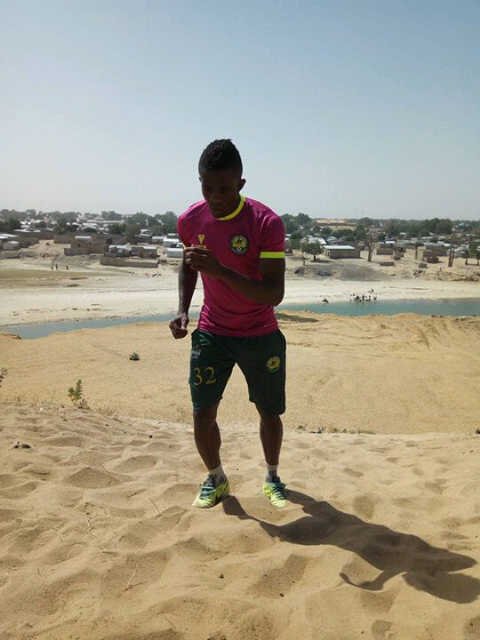 Relatively unknown attacker, Kenneth James, has promised to help his club El-Kanemi Warriors achieve its ambition this season, if given the opportunity.

Kenneth, a former Bayelsa United player who featured in his first match of the season for the Maiduguri-based club as they lost 3-0 to MFM FC of Lagos, praised Coach Ladan Bosso for the fantastic work the talismanic manager has done at the club since taking over at the beginning of last season.

The player however, feels he can do more if given more opportunity to show the stuff he is made of.

Kenneth went off in the 3-0 defeat to MFM FC due to a facial injury he sustained during a collision with MFM FC defender Opara. The player, who has been in the cooler for too long, believes he can unleash mayhem in the NPFL if he gets more chances to help take El-Kanemi Warriors to glory this season.

“I’m very confident of what I can do for this club to help with the fantastic work we’re doing already. Our coach, Ladan Bosso is a man who is never scared to throw a player in the fray but, he always wants his players to be disciplined. That’s his watchword”.

“I have been learning under him, now I have the full confidence to perform magic in the colours of El-Kanemi warriors. We’re a surprise, and we will shock everyone this season,” James said.

Kenneth James started his career at Niger Golden Boys of Minna, before moving to Niger Tornadoes’ feeder team and then to Bayelsa United.

The game between MFM FC and El-Kanemi warriors was watched by Super Eagles’ gaffer, Gernot Rohr in Lagos, where the tactician admitted that both teams were tactically organised after the match.

Like Jay-Jay Okocha, Iwobi is next Eagles’ playmaker- UK tabloid

Jeremiah Umahi - May 20, 2017
ALL CATEGORIES
SOUNDCLOUD