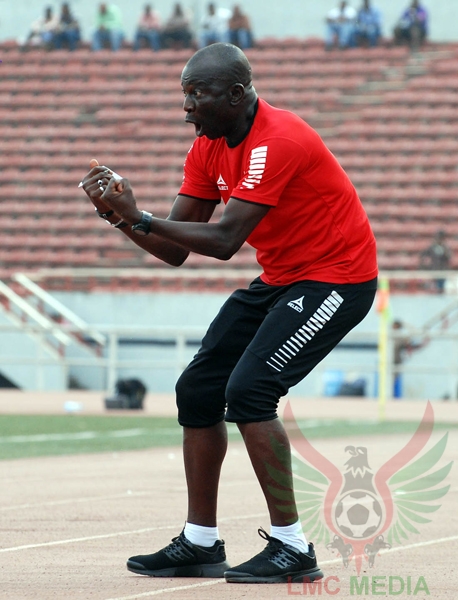 Chukwuma Agbo, interim coach of Nigeria Professional Football League champions, Rangers International, has said his players are ready to work with him as he takes over the reins of the Enugu-based club following the sack of Imama Amapakabo.

The management of Rangers International terminated the contract of Amapakabo on Monday evening following weeks of ultimatum mixed with strings of back-to-back poor results. They did make a swift move to name his little known assistant, Agbo as his replacement for the time being.

Agbo who is also an assistant coach of the national beach soccer team, told npfl.ng that the body language of the players have shown they are ready to work with him.

“I was a little scared and unsure of how the players will react to my new position. But they surprised me when in my first training they all responded fine and told me they were professionals and will give their best and help save Rangers from the current position we find ourselves,” revealed Agbo.

The Flying Antelopes are currently rock bottom of the NPFL log and Agbo knows his work is cut out as he would need to get all the support he needs to rescue the sinking champions from a position he maintains the management are keen to change and have promised to support him.

“Myself and the management have had a robust discussion on what we must do to rescue the team. They have promised to support the team and give all necessary to change the fortune of the team,” revealed Agbo.

Agbo further confirmed that he plans to take advantage of the mid-season transfer window and sign new players to shore up where he has discovered the team are struggling especially in attack.

Rangers’ next game is against Zambia’s Zesco United in the CAF Confederation Cup. The first leg ended 2-2 in Enugu.

Agbo will be looking forward to his first major test in charge. A win will possibly brighten his chances to be named substantive coach of the team.

The Rangers caretaker coach was a former striker in his playing days who played for Stationery Stores, 3SC and Julius Berger. He also featured in the CAF Champions League with Ivorian side, AS Beogouro.

Agbo has had coaching stints with Bussdor United and was the coach who took Abia Warriors to the National League from the Nationwide League One.