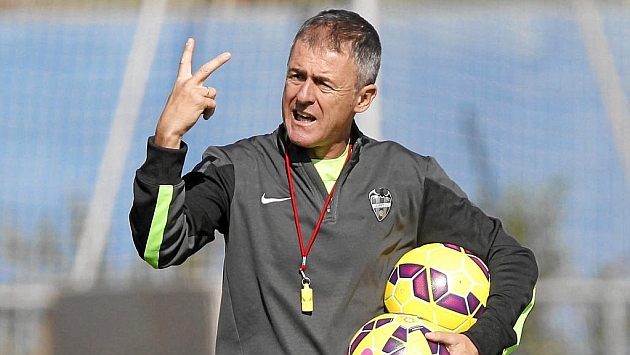 Algeria have appointed Lucas Alcaraz as their fourth full-time coach in the last 13 months.

The Spaniard was fired on Monday as the coach Granada who are currently bottom of the Spanish La Liga.

The 50-year-old replaces Belgian Georges Leekens who quit after Algeria were eliminated from the 2017 Africa Cup of Nations at the group stage.

Christian Gourcuff left as coach in April 2016 to be replaced by Milovan Rajevac after just two games.

The move came as a surprise to many in Algeria as another Spaniard Joaquin Caparros had been expected to be given the job.

Former Middlesbrough manager Aitor Karanka had also been linked to the position.

Alcaraz’s first competitive match in charge will be against visiting Togo as Algeria begin their qualifying campaign for the 2019 Africa Cup of Nations.

Benin and The Gambia are the other two teams in Group D with only the pool winners guaranteed a place at the finals in Cameroon.

Algeria are aiming to reach a third straight World Cup but are bottom of their qualifying group with a single point from two matches so far.

They are five points behind leaders Nigeria and their next games are home and away against Zambia, who are also on one point.

Only the winners of Group B will play the 2018 World Cup in Russia.