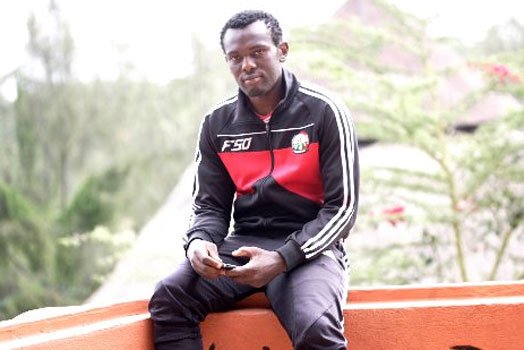 Zesco United defender, David Owino, is optimistic of a place at the last 16 of the Total CAF Confederation Cup on the wings of a 2-2 away draw against Nigerian champions, Rangers last Sunday.

The Zambian outfit came from two goals down to hold their host in the first leg encounter, a result which puts them in a good stead ahead of the return leg on Friday in Ndola.

Kenyan-import Owino sparked Zesco’s comeback by reducing the deficit on 72 minutes before Patrick Kongolo drew even four minutes later to stun the packed crowd at the Nnamdi Azikiwe Stadium in Enugu.

“We came here (to Nigeria) with a mission to win, but we got a draw, which is good on our side because we are away from home,” he told CAFOnline.com after the match.

Earlier, Chibuzor Madu put Rangers ahead from the penalty spot in the 24th minute before Osas Okoro doubled the score on 46 minutes.

“We wanted to score first but we showed character and came back into the game,” Owino said.

“We are grateful we came away from home and got two goals which is a favourable result for us going into the return leg. When we play at home, we will have no choice but to win.”

The result also saw Zesco end their jinx away against Nigerian opponents after two previous visits there ended in defeats.

Zesco lost 3-2 against Kano Pillars at the 1999 CAF Champions League group stage while Warri Wolves beat them 3-0 at the 1/16th round of the 2010 CAF Confederation Cup.

Owino adds that Zesco’s impressive performance in last year’s CAF Champions League, where they reached the last four, was a vital asset in the game against Rangers.

“Rangers is a good team but they lacked a bit of experience. We are much more experienced than them,” Owino said.

“They enjoyed a two-goal lead early in the second half and failed to maintain it. We countered with our experience and came back into the game.”

At least a scoreless draw in Friday’s meeting will be enough to seal Zesco’s place at the group stage, however Owino reckons it won’t be a walk in the park.

“This is football, anything can happen. From our side, we are determined to qualify to the group stage,” Owino concluded.

Zesco’s progress will mean Zambia having two clubs at the pool stages of the continental club championship with champions Zanaco already qualified in the much prestigious Total CAF Champions League.

EXCLUSIVE: Onazi to stay at Trabzonspor

How Victor Moses got his groove (wing-)back at Chelsea

Playing in the LaLiga has improved my overall game, says Omeruo