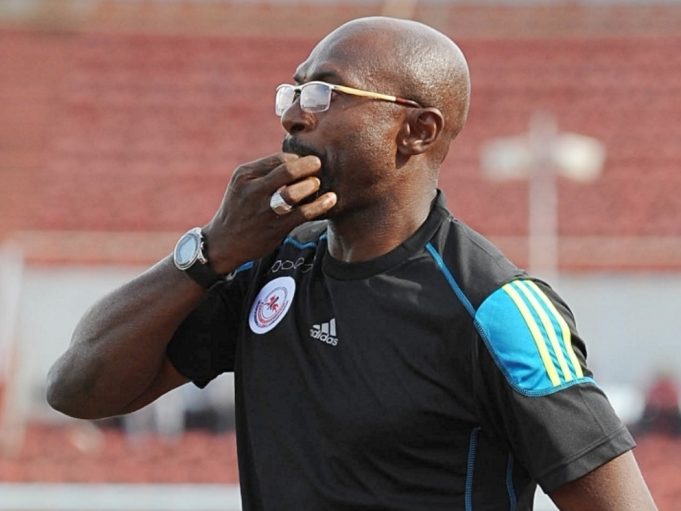 Embattled Technical Adviser of Enugu Rangers International, Imama Amapakabo, has arrived in Port Harcourt following his suspension by the management of the club as a result of poor results churned out by the team since the beginning of the season, AOIFootball.com has exclusively gathered.

Amapakabo received a ‘sack’ letter via his email at 5.35pm on Monday evening from the management of the Enugu state government- sponsored club, only for events to switch as the State Commissioner for Youths and Sports, Mr. Charles Ndukwe declared on Wednesday, that the coach still remains in charge of the club.

More information that poured in from Enugu afterwards revealed that the management had opened talks with former Super Eagles assistant coach, Sylvanus Okpala to replace Amapakabo as head coach of Rangers, but that has however been quashed following recent developments surrounding the fiasco regarding Imama Amapakabo’s current status at the club.

Meanwhile, Coach Chukwuma Agbo, Amapakabo’s assistant, is expected to lead the Flying Antelopes to Ndola for the second tie of the CAF Confederations Cup playoff. Rangers have a mountain to climb, having drawn the first leg 2-2 at the Nnamdi Azikiwe Stadium.

Imama confirmed only to AOIFootball.com that he was just arriving in Port Harcourt where he will observe developments surrounding his status at the Enugu club and forthwith decide on what to do next.

Rangers are billed to leave for Ndola Thursday afternoon via Ethiopia Airline flight from Enugu to Addis Ababa and then connect Ndola where they play Zesco United this weekend.