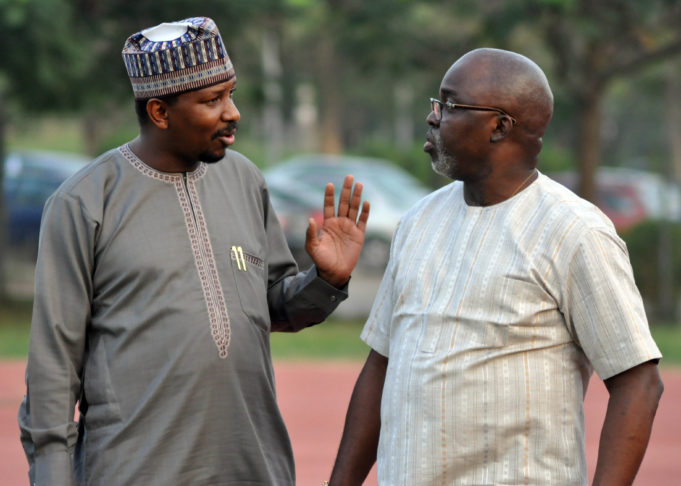 CAF Executive Committee member, Amaju Melvin Pinnick saved Nigerian champions Rangers International from being walked over in their CAF Confederations Cup second leg playoff tie against Zesco United of Zambia, following their allowances imbroglio with the club’s management.
Dikko, who is the 2nd Vice President of the Nigeria Football Federation (NFF) and Chairman of the League Management Company (LMC), said Pinnick made efforts to ensure the game was shifted by 4 hours when it was clear the Flying Antelopes won’t get to Ndola on time for the tie.

Dikko, who spoke exclusively to aoifootball.com revealed that it took the intervention of the NFF President who just got elected into the CAF Exco to get the match pushed forward by four hours as Rangers is initially expected to arrive in Ndola venue of the game by 2.00pm Zambian time, with the game to go on 45 minutes later.

“We knew at the estimated time for the flight that Rangers won’t be able to get to Ndola on time for the game. CAF has intervened and moved the game by four hours forward after NFF President Amaju Pinnick, who is also a CAF Executive committee member made some calls across to the bigwigs in CAF,” Dikko revealed.
Rangers departed the country Friday morning and have so much to do after throwing away a 2-0 lead to draw 2-2 against Zesco United at home in Enugu.