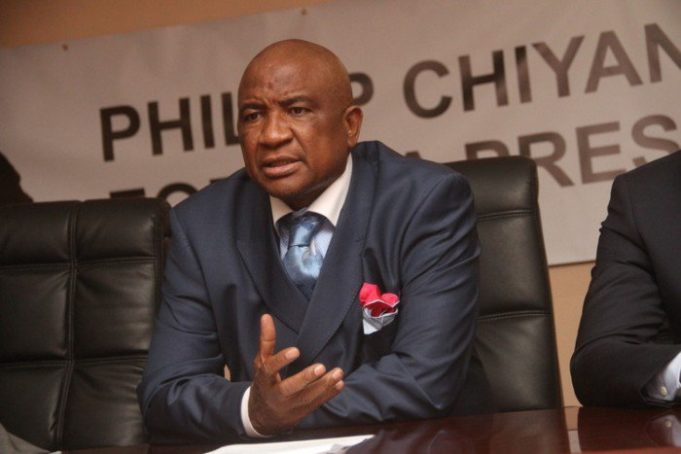 Chiyangwa, who heads the 14-strong Council of Southern Africa Football Associations (COSAFA), says the manner in which the hosting rights for the tournament were handled by the ousted regime of Issa Hayatou was politically influenced hence should be stripped from countries.

Chiyangwa has vowed to fight the decision to award the next editions of the Continent’s showpiece event to francophone west African nations. Under Hayatou, CAF awarded the 2019 tournament to Cameroon, the 2021 finals to Ivory Coast and the 2023 event to Guinea.

“They were politically aggressively awarded to those countries.  Only one region is benefiting,” Chiyangwa charged. “There must be an inquiry and we are going to protest.”

Ahmad, the little-known Madagascan who brought Hayatou’s 29-year reign to an end with a crushing 34-20 victory, has already indicated he is willing to examine some of the decisions taken by his Cameroon predecessor including the timing of the Nations Cup.

COSAFA’s influence – or lack of it – in major CAF decisions has been a talking point in the region for years and Danny Jordaan, the South African FA boss who recently won a place on the CAF executive committee, says the situation has to change.

“Out of 290 members serving on CAF committees only 29 came from COSAFA,” Jordaan was quoted as saying on the fringes of this week’s COSAFA meeting.

“You may have seen the AFCON 2015 was in Equatorial Guinea‚ 2017 in Gabon‚ 2019 (will be) in Cameroon‚ 2021 Ivory Coast and 2023 Guinea. All of those have been allocated to a particular region on the continent (West Africa). Even the junior competitions have been allocated on that basis.”