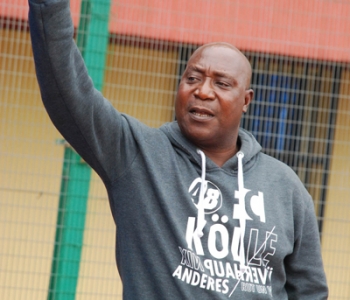 Former Lobi Stars Coach, Godwin Koko Uwua has said that clubs chairmen in the NPFL are always under pressure because they want their teams to win every game so as to justify the huge sums being collected from state governors.

Uwua told AOIfootball.com that another reason why clubs chairmen are under pressure is because most of them know nothing about the round leather game, but are just mere politicians who support a candidate in an election and get gratified with football clubs.

The Benue State High Chief however berated Nigerian clubs administrators for their win-at-all costs mentality, noting that football is not all about winning.

“What is happening to coaches now is not their fault. If you look at the league now, everybody wants to win; the government is bringing money since most clubs are sponsored by the state government so the administrators feel they must get results or face problems.”

“The unfortunate thing about the game is that you cannot win always; you win some, you lose some and even draw some; but here is not like that because they believe they must win.”

“They too are under pressure because they want to win because most of them are people who have not played football before or know anything about football,” concluded Uwua.