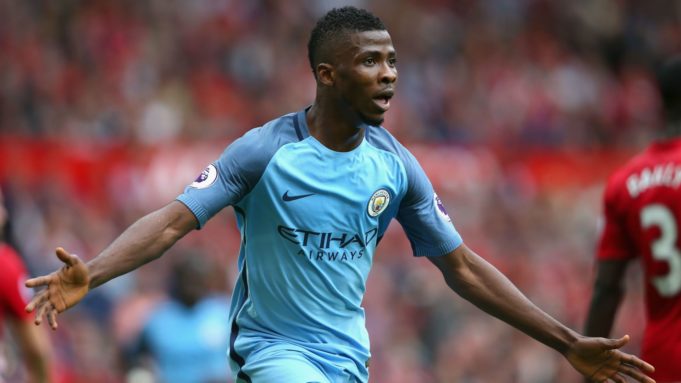 Nigerian striker Kelechi Iheanacho is wanted by German outfit, Hoffenheim after fallen down the pecking order in Pep Guardiola’s Manchester City set up AOIFootball.com has gathered.

According to the Daily Mail, Hoffenheim’s 29 year old Manager, Julian Naglesman who has impressed in charge this term, is chasing a champions league spot in the Bundesliga and he believes ‘Nacho’ will be a great addition.

The Super Eagles striker is expected to slip further down in the pecking order as it is understood Guardiola looks to add another striker and the likes of Alexis Sanchez, Kylian Mbappe, Pierre Emerick Aubameyang are all on his list.

City are reluctant to agree a permanent sale for Iheanacho but he is eager to play more games so they will consider a possible loan deal.

Hoffenheim won’t be his only suitors with plenty of interest in England and abroad. Bayer Leverkusen are also keen.

Iheanacho has scored seven goals in 25 appearances this season.

S/Africa Cracker: Nigerians should support, believe in us, Ighalo urges