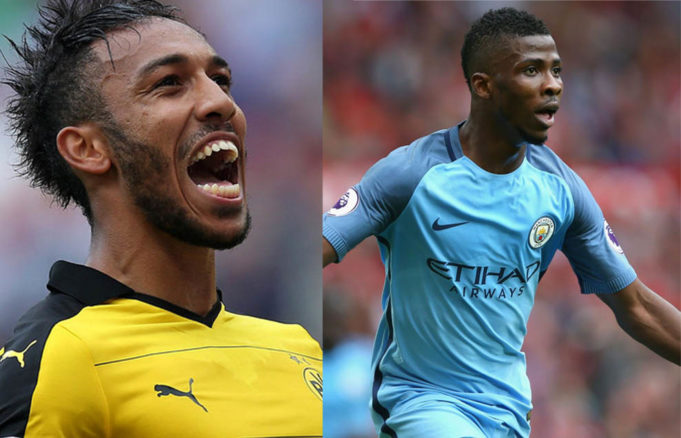 Manchester City and Super Eagles’ striker Kelechi Iheanacho may be a subject of a possible transfer switch between the English outfit and German side Borussia Dortmund’s Pierre Emerick Aubameyang, AOIFootball.com understands.

Iheancho, 20, is believed to desire ample playing time which Guardiola’s City is not promising as it has been reported that the Spanish soccer tactician is eyeing moves for new strikers of whom Aubameyang is on his top wish list.

Latest reports however indicate a possible switch between Iheanacho and Aubameyang if both parties come to an agreement, the deal may see the light of the day.

Kelechi Iheanacho has featured only 13 times this season for the Citizens, starting 8 times from the substitute bench and he has scored 4 goals with 3 assists.

Abdulganiyu Shola - May 9, 2018
ALL CATEGORIES
SOUNDCLOUD