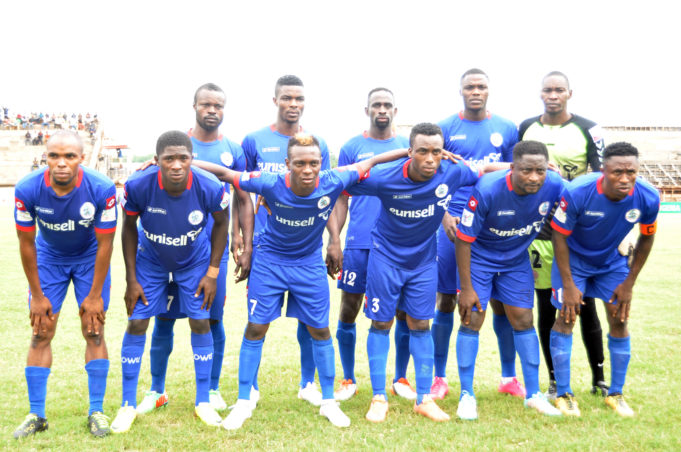 Nigeria’s Rivers United survived playing with 10 men for much of the second half to draw 0-0 at Rayon Sports of Rwanda Saturday and reach the CAF Confederation Cup group phase.

The west African club qualified 2-0 on aggregate after goals from Emeka Atuloma and Guy Kuemian gave them a first-leg victory in Port Harcourt last Sunday. United captain Ifeanyi Nweke was given a straight red card on 58 minutes at Amahoro Stadium in Kigali for fouling Dominique Savio Nshuti.

Having failed to stamp their authority on the opening half, Rayon took advantage of the numerical superiority to press forward but wasted several good chances. Rivers join 15 other clubs in the group draw of the secondary African club competition, which is scheduled for Cairo next Wednesday.

They are the only Nigerian survivors in the Africa club competitions this season after Enugu Rangers, Ifeanyi Ubah and Wikki Tourists were eliminated.