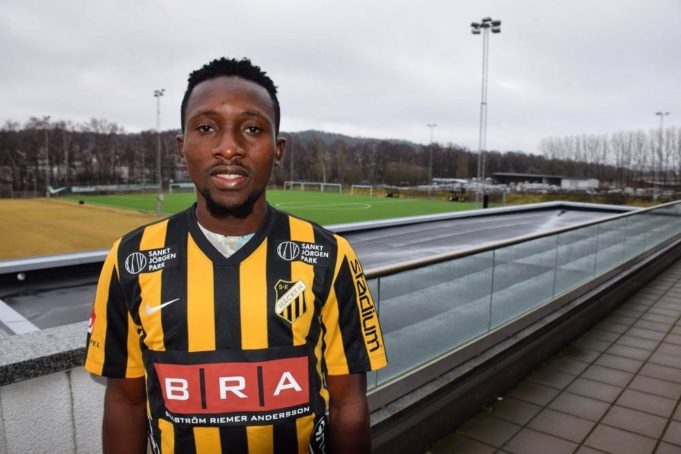 Former Enugu Rangers forward, Chisom Egbuchulam, says he is enjoying life in Sweden and not thinking about what is happening with Rangers in the Nigeria Professional Football League.

Egbuchulam signed a six-month initial loan from the Nigerian champions to Swedish side BK Haecken where he is yet to play a single game with just four games played in the new league season.

“I don’t regret leaving Rangers. I have moved on in my career and I have no regrets about that. It’s a pity all that is happening in the club at the moment. I wish the club all the best and hope they don’t get relegated this season, ” Egbuchulam told only AOIFootball.com

The Swedish side sees Egbuchulam as a perfect replacement for their former top scorer, John Owoeri who shone like a million stars in Sweden.

Egbuchulam’s initial six months deal has an option of extension of two years.