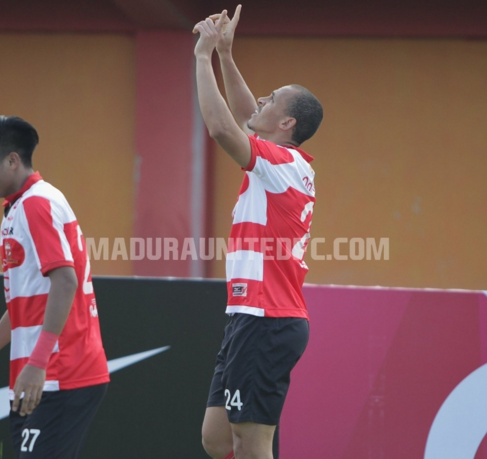 Odemwingie joined Madura United on a six months contract having stayed clubless for 3 months but the Nigerian did not show any sign of rustiness as he kept on firing on all cylinders for his Indonesia side.

The former Stoke City attacker has now notched up 2 goals from 2 games for his new club with the latest being a goal in the 2-2 draw in a league match.

Osaze took to his favorite twitter to announce the bitter sweet of scoring and drawing a game after the match.

“We deserved all 3 points today but drew at home 2-2. Another 90′ under my belt and 2nd goal for me@MaduraUnitedFC” said Odemwingie.