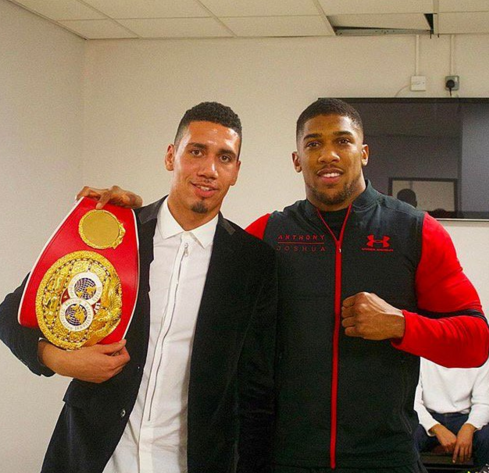 Aoifootball.com scooped that Joshua recovered from the first knockdown of his professional career to defeat Wladimir Klitschko in an enthralling heavyweight contest in-front of 90,000 spectators.

Smalling and Chamberlain, who watched the fight at the stands were in joyous mood after the 27-year-old Joshua was crowned world champion.

Revealed: Moses out of S/Africa clash due to injury