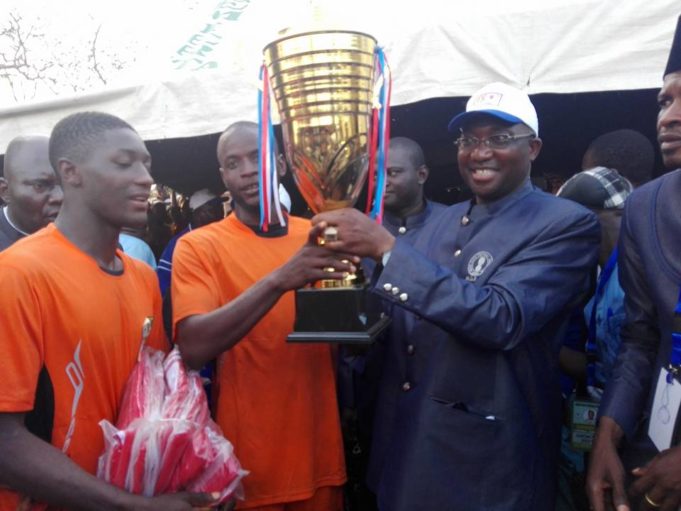 The final,  which was witnessed by over 5,000 football fans, saw Bida Local Government record a hard-fought 2-1 victory over hosts, Mokwa Local Government. This did not however dampen the spirit of the Bida Boys who held on for a famous victory to be crowned the 37th champions of the Niger State Governor’s Cup.

The Governor, who was represented by his deputy, Ahmed Muhammad Kesto, urged the Niger State Football Association led by Ahmed Yusuf Fresh not to relent in it’s efforts to promote grassroots football development across the state.

“Building youths in the society is equal to building peace. Everyone has today seen the importance of coming together and I want to urge the NSFA not to relent because we in the government will also continue to ensure that sports gets necessary attention in the state,” said Kesto.

Chairman of the Niger State Football Association, Ahmed Yusuf Fresh on his part, thanked the government for their immense support given to the NSFA.

“I want to thank His Excellency the Governor of the state for the enabling environment given the NSFA and indeed the youths of our great state in using football as a socioeconomic tool, even as we look forward to greater development in the state,” said Fresh.

Also present at the Niger State Governor’s Cup were the NFF executive members led by the General Secretary, Dr. Sanusi Mohammed and over 20 State FA Chairmen.