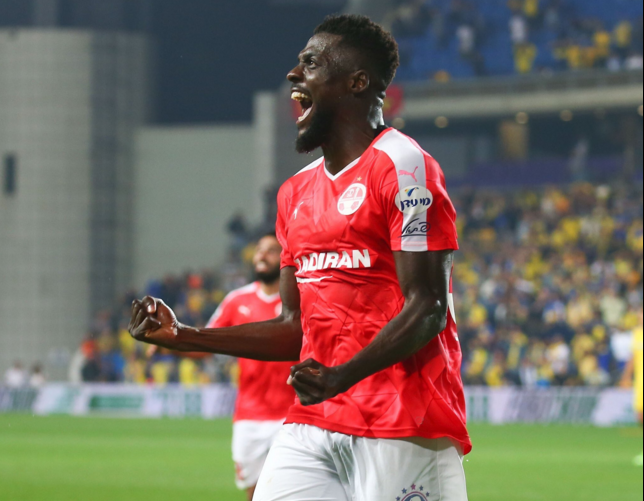 Hapoel Beer Sheva midfielder John Ugochukwu Ogu’s goal was all his side needed to win this season’s league title in front of their travelling fans.

Ogu was the match winner for Hapoel Be’er Sheva who defeated Maccabi Tel Aviv 2-1 to clinch the Israeli top flight title for a second time in a row with four games to play, reports AOIFootball.com

The 29-year-old Super Eagles star scored in the 89th minute of the encounter to hand his side all three points. The strike was his first this season in 29 league games.

His compatriot Anthony Nwakaeme was also in action for the Camels. Nwakaeme has scored 13 league goals this season.

Ogu expressed his delight on his official twitter handle.

” I give you all the praise God .Thank you for everything .Back to back champion.” He posted.