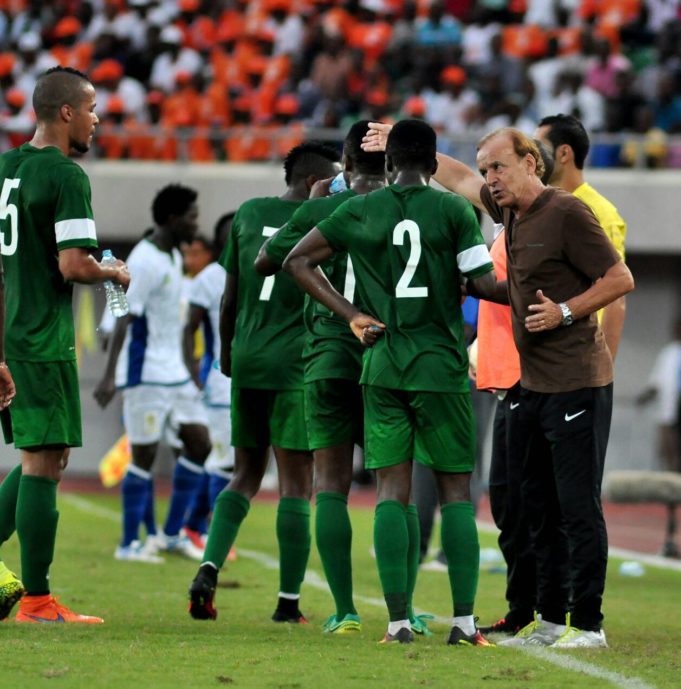 The Nigeria Football Federation will this week release a list of 25 players for the 2019 Africa Cup of Nations qualifier against the coach-less Bafana Bafana of South Africa, AOIFootball.com can authoritatively report.

The Eagles are set to camp in Paris, France for two weeks beginning from May 23rd, before storming Uyo, venue of the game, two days before the encounter.

The backroom staff and invited home-based players have already submitted their International passports for Shenghen visa applications which already is undergoing processing as most of the officials were seen at the Glass House last week.

It is expected that the Super Eagles’ Technical Adviser, Gernot Rohr will stick with majority of the players he has been working with, but reports also say he may be inviting a few new names to replace some injured ones.

The Eagles play the Bafana Bafana in June at the Godswill Akpabio International Stadium, Uyo.