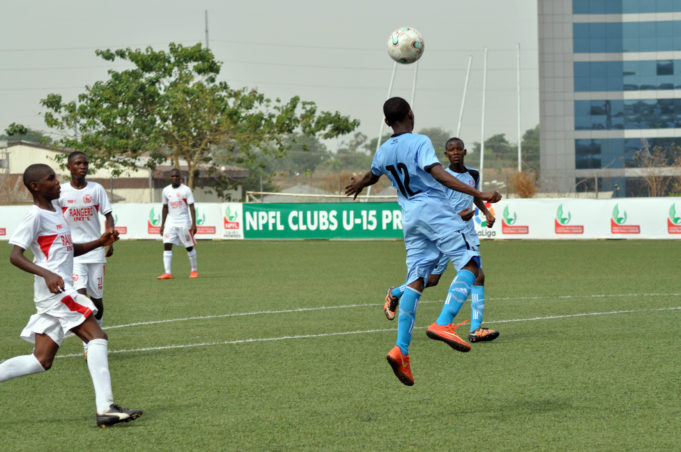 The recently concluded Nigeria Professional Football League (NPFL) U-15 Promises Tournament has been described as the jumpstarting of the process for a sustainable youth football culture in the NPFL.
Speaking after the closing ceremonies for the tournament won by Abubakar Bukola Saraki (ABS) FC, Harry Iwuala, Head of Special Project at the League Management Company (LMC) remarked that participating clubs were enjoined not to see the tournament as a competition but an activity to implement some of the lessons learnt during the tour of Spain at the instance of LaLiga last year.
“First, it was a platform to expose the young players but most importantly, it was an activity to get the NPFL Clubs to set up youth teams as opposed to their practice of what they call Feeder teams made up of largely players who didn’t fit into their main squad but not necessarily young players”, said Iwuala who represented the LMC Chairman, Shehu Dikko at the finals.
The LMC said part of the objective of creating youth teams in NPFL Clubs is to grow a club philosophy and raise a pull of young players that will continually replace the older ones.
“What we have done over the last one month is not basically to see which club is the best, we never set out to make them competitive because that will defeat the essence of having a stream of young players who will transit to the main squad. This was simply a beginning of a sustainable platform to identify local talents, harness them and offer them a career”, Iwuala continued.
He admitted that the implementation hasn’t hit the perfect mark but that a lot has been learnt from this pilot scheme.
“It was basically a trial scheme and we have taken notes of the gaps as much as we also took cognizance of the positives. The good aspects will be improved on while we will work to remedy all observed weaknesses.
“Most of the clubs simply went to town and gathered young players from neighbourhoods but our objective is for them to set up cadres of youth teams from 8 years to 15, provide youth coaches and then train the players.
“In the long run, it is the clubs that will benefit from it as they will have a ready pull of young talents to recruit into the main squad and reduce their spending on transfers. They also will make money in the sale of these players to clubs within and outside the country”, concluded the LMC official.
All the 20 NPFL Clubs participated in the tournament which began with zonal eliminations in four centers- Owerri, Osogbo, Kaduna and Abuja. The top two from each center qualified for another two groups’ play-off in Lagos which saw ABS FC and Katsina United reaching the finals while Niger Tornadoes and Rangers International played for the third place honours.
Tornadoes won 1-0 to finish third ahead of Rangers while ABS beat Katsina United 3-1 in the finals on Saturday, April 29.