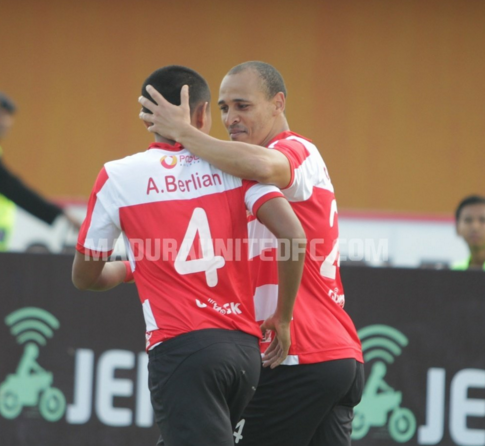 Erstwhile Super Eagles’ star attacker, Peter Osaze Odemwingie, has banged in his 3rd goal for Indonesian side, Madura United, with a super long-range strike on Thursday.

Osaze, who is having a rejuvenated career in Indonesia, will later hail himself on Twitter as his goal was reminiscent of the famous goal scored by former Super Eagles’ captain and coach,Sunday Oliseh during the France 1998 FIFA World Cup.

Osaze was also on target for Madura United when they were forced to a 2-2 draw against Mitra Kukar last Friday.

The former Nigerian forward fired the hosts in front two minutes into the game before Marclei Santos leveled matters for the visitors at the Gelora Ratu Pamelingan Stadium.

COSAFA boss calls for AFCON rights to be stripped from Cameroon, Ivory Coast and...

Abdulquadir Adedapo - May 13, 2019
ALL CATEGORIES
SOUNDCLOUD