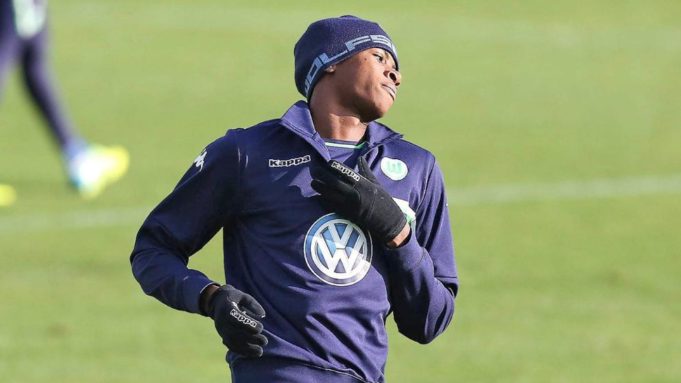 Super Eagles’ striker, Victor Osimhen will finally make his debut for his German side, VFL Wolfsburg on Saturday as they line up away at Eintracht Frankfurt, AOIFootball.com can exclusively report.

The Nigerian international, who signed professionally with Wolfsburg in January, has been plagued with injuries which has hampered his opportunities for the modest German outfit.

But latest reports from the camp of ‘Die Wolfe’ indicate the 18-year-old will be given a chance to feature in their Match Day 32 clash against Eintracht Frankfurt.

It will be a big boost for the young Nigerian who shone like million stars at the 2015 FIFA U17 World Cup in Chile where he scored 10 goals, a record by any player ever in the competition.

Coach Andries Jonker’s side need the win as they continue to race against relegation and it is expected Osimhen can be part of the rescue team.