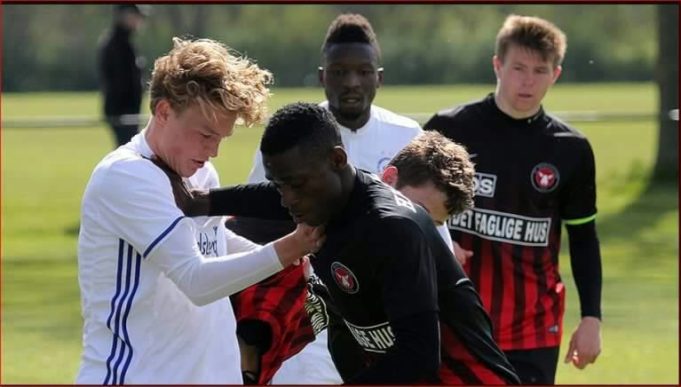 According to reports emanating from Denmark, NPFL leading scorer, Stephen Odey’s planned move to FC Midtjylland of Denmark from MFM FC has collapsed due to age falsification, AOIFootball.com exclusively reports.

It was discovered that the age he presented in his passport was totally different from what was on his certificate.

The Danish club have asked Odey to leave their Sports Complex immediately due to the development.

The Danish club also out of anger almost ensured the cancellation of the remaining days on his visa but it took the intervention of an highly respected figure ‘ in the club’ to wage in thus the club had to slow down on that decision.

Odey is on his way back to Nigeria from Denmark via KLM airline his flight left at 10:05am to arrive in Amsterdam at exactly 11:15am. He  then departs Amsterdam through the same ‘KLM airline’ 13: 45 and lands in Muritala Mohammed international airport in Lagos, Nigeria 7.25 pm.