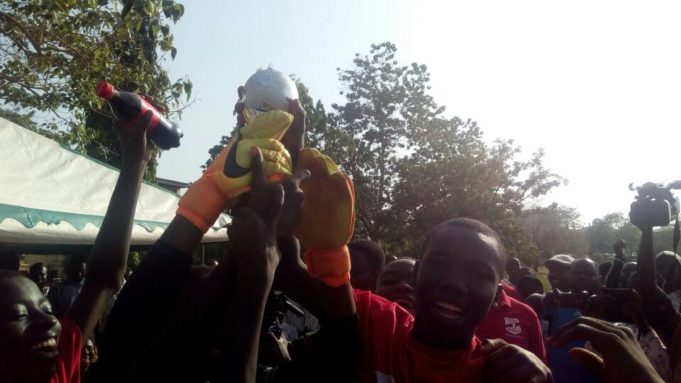 The 2017 edition of the Copa Coca Cola U-15 state final witnessed a grand finale in Abuja as Fosla Academy defeated Junior Secondary School Yimi 2-0 to win the title, AOIFootball.com reports.

Fosla Academy retained the trophy they won last year, beating JSS Yimi who played against all expectations before making it to the final.

Coca Cola representative, Dr. Obafunso Usman, who is the Head of School Sports, FCT Universal Basic Education Board, said: “The schools were really impressive, Coca Cola will be giving a scholarship bond worth N5,000 to each player of the top three teams that emerged in the national finals. some of these kids might be picked to take part in the World Copa.”

Coca cola thus promised a field makeover worth N5 million to the champions.

Lulu said his commitment to proper football development is the drive behind Fosla’s dominance.

“We do a lot at Fosla. We go as far as organizing screenings at primary schools in order to find the kids and we give full scholarship at the school. That’s why they keep growing,” Lulu said.

14-year-old midfielder, Oluwaseun Michael of Fosla Academy, whose role model is Neymar Jnr of Barcelona, emerged the highest goals scorer of the tournament with 8 goals to him name.

Captain of JSD Yimi, Samson John, thanked his principal for giving them a good coach who molded them into a giant-killing team before they eventually lost to Fosla in the final.