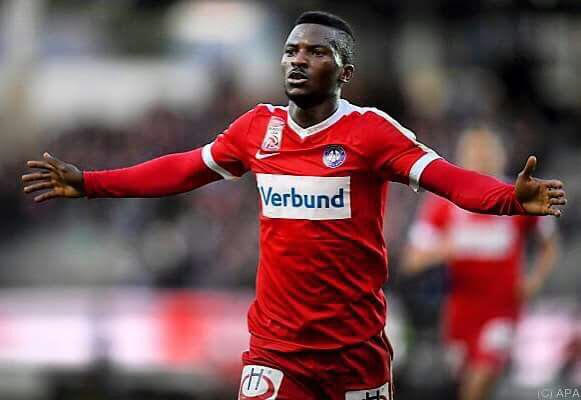 Olanrewaju’s 39th minute header was an equalizer after he side had gone down to a Nikola Dovedan’s 24th minute strike for SRC Altach.

The goal took his tally to fourteen in the league. Wien are currently second on the log and are almost confirmed a slot in next season Europa league.

Kayode is expected to be named among invited players for the Nigeria National team that will face South Africa in a 2019 AFCON qualifier in June. The former junior international made his debut for the Super Eagles in a friendly against Senegal played in London in March.