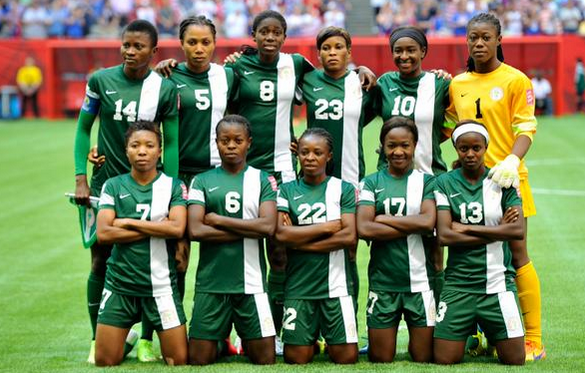 Former Super Falcons’ midfielder, Ajuma Otache, has reckoned that women’s football in Nigeria is facing a steady decline and that more needs to be done to up the ante of the female national teams.

The Goodland Rangers FC of Lagos Coach told AOIFootball.com exclusively that there is a steady decline in the performance of the Nigeria women league over the years, stressing that the league really needs to be improved if Nigeria must have a better national team.

“We have a lot of challenges when it comes to women football in Nigeria; look at our league, we are not really up there.”

“In the areas of preparation, we are not doing well; you will see players being groomed two weeks to competition. We must also look at motivating the players well too just like we are doing to male team.”

“I believe that if we can change all this and have improved facilities and long duration of camping, the Super Falcons will do well beyond the African soil,” Otache said.

The combative midfielder who represented Nigeria at the 2004 Africa Women Championship, noted further that the way Nigerian girls are been prepared for competitions must be changed, faulting the practice of girls been groomed two weeks to competitions.