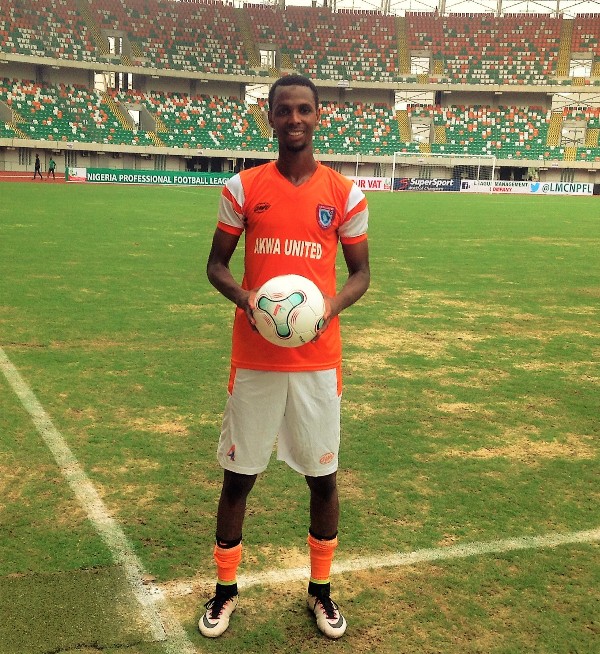 Akwa United Coach, Abdul Maikaba has said that Super Eagles’ newbie, Alhassan Ibrahim will blend easily into the Super Eagles because he has lots of friends who were his former U-20 teammates at the cadet level.

Maikaba believes that the likes of Leicester City catalyst, Wilfried Ndidi, Kelechi Iheanacho, Dele Alampasu, and Watford’s Isaac Success will all help Alhassan blend well and quickly into the team as they were all his friends and former teammates.

The former Wikki Tourists coach told AOIFootball.com exclusively that he believes that Ibrahim Alhassan will represent the home-based players very well in the Super Eagles because he is a highly disciplined and technical player.

“I know the ability of Ibrahim Alhassan; he is a highly disciplined and technical player. I believe he will represent the home-based players very well, if given the opportunity and I know he will use the chance to make headway in his career.”

“I also believe his colleagues in the junior national team like Iheanacho, Isaac Success, Dele Alampasu and Wilfred Ndidi will encourage him to do better.”

“So he will blend well into the Super Eagles, because he has too many players that are well known to him as they have played together before; I see him adapting easily into the team,” Maikaba concluded.