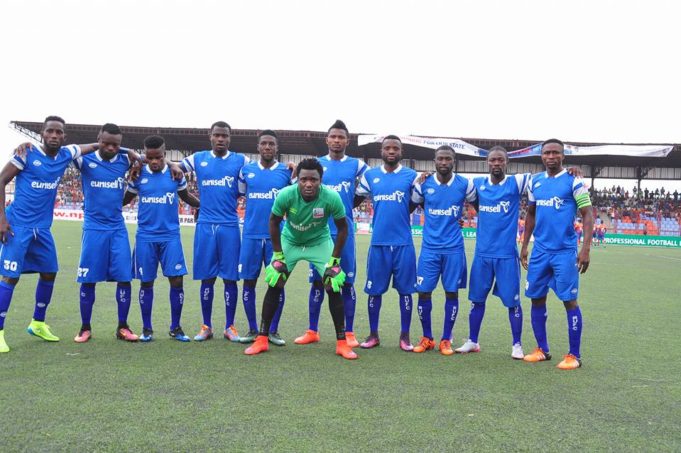 Ahead of their CAF Confederation’s cup Group A fixture against Tunisia’s Club Africain, Nigerian side, Rivers United FC’s coach Stanley Eguma says the team is set and equipped enough to upset their opponents, reports AOIFootball.com.

Though United have been forced to overhaul their defence for the Sunday clash, the unavailability of three of their regular defenders will not affect them Eguma noted.

According to Eguma, “We will not miss the players that have been ruled out due to injuries and suspensions like our captain Austin Festus will be missing because of accumulation of bookings, Ifeanyi Nweke was sent off in the last game in Rwanda and Sanou is also not available for this match,“ I don’t think we need fret i’m very sure of the capabilities of the replacements I have for them in the team. We are in Tunisia to win”

Right back Ifeanyi Nweke and skipper Festus Austine have been suspended for the game in Tunis, while Burkina Faso defender Aliosu Sanou is nursing an injury.

Nweke was sent off in the playoff match at Rayon Sports in Rwanda, while skipper Austine bagged his second booking of the competition in that game.

Meanwhile the team will arrive Tunis 10.30 am on Saturday ahead of the game on Sunday.

Mikel inspires Tianjin Teda to first win of the season