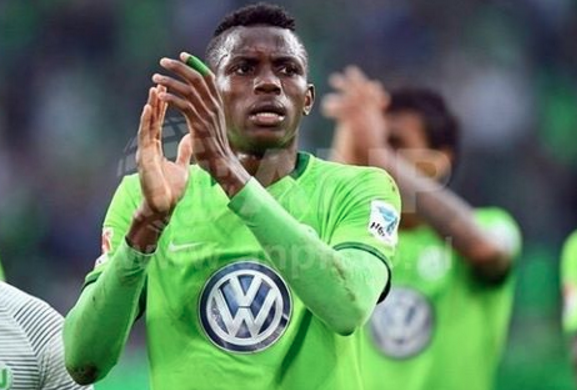 Victor Osimhen has shown he is ready for the Super Eagles camp billed to be declared open in about 10 days, as he finally made his debut for VFL Wolfsburg in the German Bundesliga, AOIFootball.com reports.

The forward, who signed a professional contract with Wolfsburg in January after he clocked 18, came in as a 59th minute substitute for Daniel Didavi. The ‘Die Wolfe’s however played a 1-1 home draw against Borussia Moenchengladbach as they continue to battle against relegation.

He was however booked in the 89th minute. He showed readiness and sharpness and looked ready for the Eagles’ camping in Corsica from the 23rd of May.

They play the final league game next week at Hamburger SV and will need to get all three points in order to survive the drop.