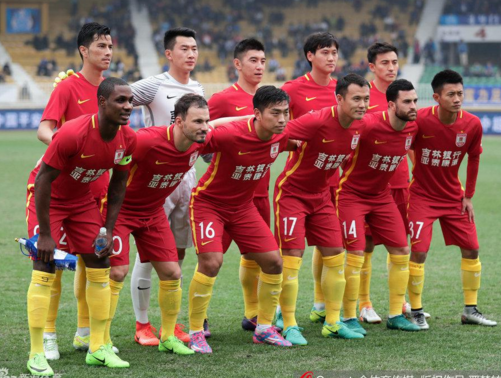 Odion Jude Ighalo played for all 90 minutes for his Chinese club, Changchun Yatai in their 0-1 home loss to Guangzhou Evergrande inside the Development Area Stadium, AOIFootball.com reports.

Ighalo, who is just returning from injury he copped in a league game against Obafemi Martins’ Shanghai Shenhua about three weeks ago, showed great fitness all through the encounter.

Though not part of the Super Eagles players invited for the France camping on the 23rd of May, the former Watford FC goal poacher is optimistic he would be eventually invited for the 2019 AFCON qualifier against South Africa’s Bafana Bafana even as he sees his return to fitness as a welcomed development.

Super Eagles Technical Adviser, Gernot Rohr will release the names of invited players for the 2019 AFCON qualifier against South Africa after the 8-day training camp in Corsica and Paris.