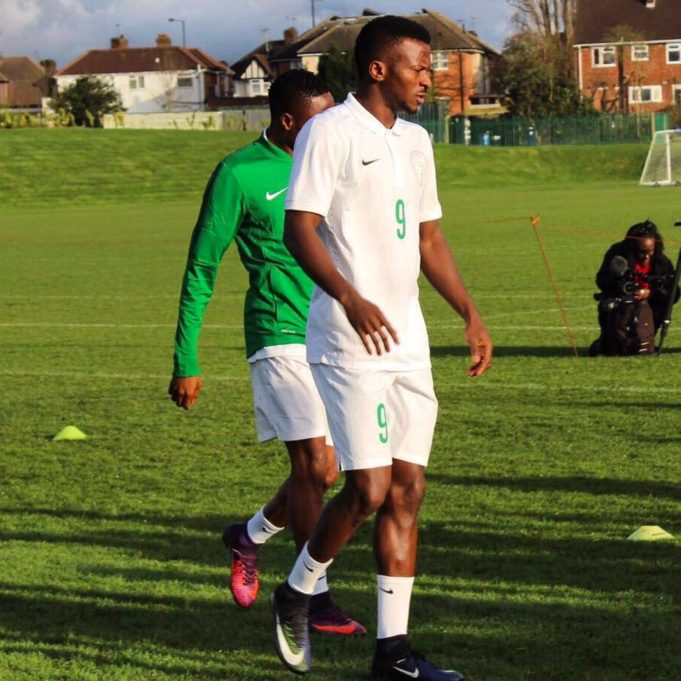 The striker who has been included in the preliminary 25-man list released by Gernot Rohr on Monday thanked the coach for the invite extended to him AOIFootball.com reports.

“Nigeria…I love my country very much and I want to use this opportunity to thank the coach, Gernot Rohr, because he has so much belief in me.

“Going into the game (against South Africa) I just want to go there and bang the goals, do all I can to help the team and after ninety minutes, we will all celebrate it together. I know who I am and I know what I can do.

“I also see it as a means to appreciate Nigerians, to put smiles on their faces because when I was down, they still supported me,” enthused Olanrewaju.

Kayode, who has scored 16 league goals for Austria Wien this season and 23 in all competitions, equally revealed he still has his sights set on ending the season as the top scorer.

“That’s my target, you know; we still have three games to play. I train everyday with my personal trainer and I’m gaining a lot from that also,” concluded Olanrewaju.