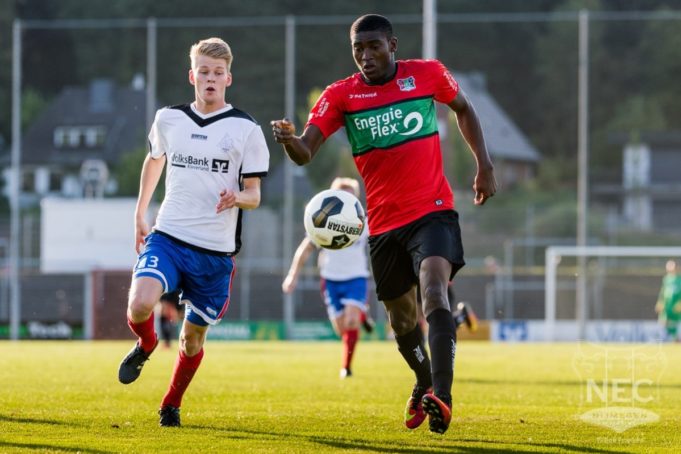 Nigeria striker Taiwo Awoniyi came off the bench to score for Dutch side NEC Nijmegen as they beat Heerenveen 2-0 on Sunday, reports AOIFootball.com.

Arnaut Groeneveld’s 23rd minute opener put the away side on their way to their second win in as many games as they battle relegation.

Awoniyi was introduced in the 55th minute and he turned around the Nijmegen attack as they looked more deadly and purposeful every time they surged forward.

The Nigeria striker made his introduction count as he made the points safe nine minutes later with header to give his side a 2-0 lead.

He has now scored in consecutive official games, his first since he moved to Europe joining Liverpool before being loaned out to German Bundesliga II side FSV Frankfurt.

Awoniyi’s form towards the end of the season will gladden his parent owners Liverpool who rate him highly.

Uzoho returns to training with Elche after recovering from injury