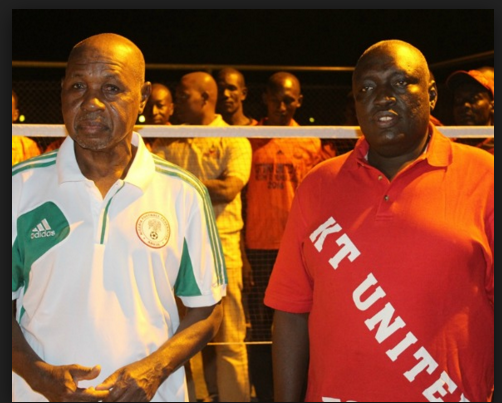 The Chairman of Katsina United FC, Alhaji Aminu Kurfi, known as ‘Balele’, has boasted that no team in Nigeria has achieved what his team has accomplished in 2 years of existence, AOIFootball.com reports.
The outspoken chairman made bold to say that Katsina United soon become the best team in Nigeria, citing the numerous milestones reached by the club under one year and five months of its rebranding.
“No team has ever achieved what we’ve achieved in this short period. We gained promotion to the NPFL, won the Super 4 Tournament, our U-15 team got to the final of the NPFL Promises and we’re currently occupying the 11th position in the Nigerian League. All within this short period.
“We’re still under a learning process. By next season, we would have learnt and acquired the best legs. We don’t want to go to continental assignment and crash out after first round; we’re going to show other Nigerian teams that we’re the best,” said Balele.
Kurfi also boldly stated that his team are to be regarded as the senior of all four teams that gained promotion to the NPFL this season, because they were never given a chance but have proven to be the best amongst their peers.