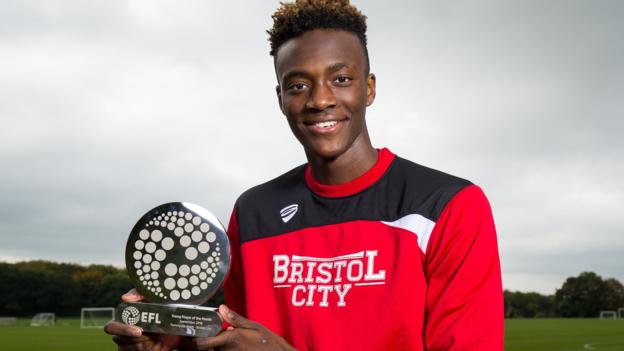 Chelsea FC on loan striker Tammy Abraham is an object of interest in the camp of London side Arsenal reports from England have indicated, AOIFootball.com reports.

The 19 year old British born attacker who is of Nigerian origin scored 23 goals in the English Championship in the just concluded season and reports in England says he may quit the English Champions if there are no assurances from Stamford Bridge he will get regular playing time when he returns from his loan spell at Bristol City.

Arsenal Coach Arsene Wenger, despite the intense rivalry between the two clubs, believes he can convince Abraham to join the North Londoners.