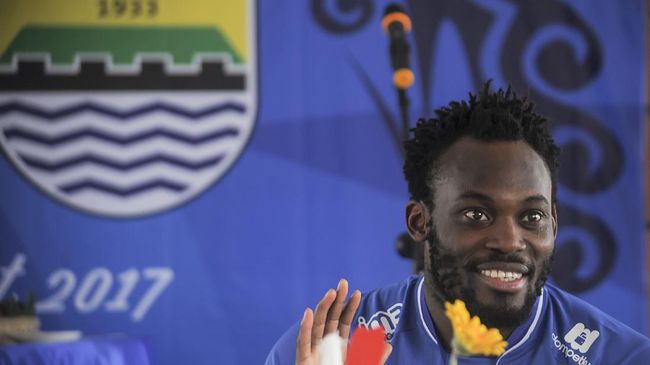 Michael Essien could be released by ambitious Indonesian side Persib Bandung in the second half of the season, club legend Yudi Guntara has claimed.

Essien, 34, signed a one-year deal with the option of an extension in March this year as a free agent.

But the Ghana international has struggled to adapt to the tough weather conditions in the country.

And Persib Bandung legend Yudi Guntara has claimed the Ghanaian alongside former Chelsea teammate Carlton Cole could be chopped.

“Yes we can see that the rich foreign players the club brought in the person of Essien , Cole, and Matsunaga are constantly on the bench. I think only Vlado (Vladimir) is the only effective one,” he is quoted by Sriwijaya.

“There are other considerations why they are not on top. Whether its physical or not, Essien and Cole have not been at the top level.

“Try to compare with other teams, other teams always take advantage of foreign players and marquee signings. I don’t think they will be here after the first round.”

Essien, who has also played for Real Madrid and AC Milan, is the highest profile signing for Indonesian football since Cameroon World Cup hero Roger Milla and Argentine World Cup winner Mario Kempes played in the country in the 1990s.

The midfielder has been a free agent since leaving Greek club Panathinaikos at the end of last season.

Essien also played at two World Cups for Ghana, who he represented 58 times, before retiring in the wake of the 2014 tournament in Brazil.