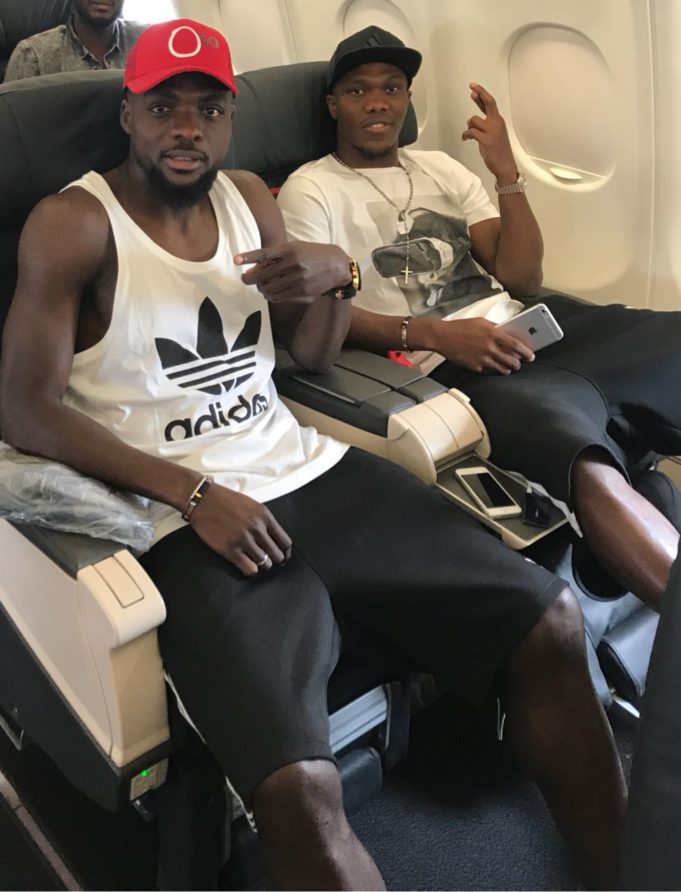 Hapoel Beer Sheva duo of John Ugochukwu Ogu and his teammate Anthony Nwakaeme, are due back in the country today, (Thursday) after a successful season in the Israeli Premier League where both led their Israeli outfit to retain the league trophy they won last season, AOIFootball.com can authoritatively report.
Ogu’s Hapoel Beer Sheva were crowned back to back champions after they won the league at the expense of close rivals Maccabi Tel Aviv, whom they led with ten points till the end of the season.
It was a successful season for both players as Ogu did not only score the goal that won them the league against Maccabi Tel Aviv, Nwakaeme was crowned the Most Valuable Player of the Season, scoring 14 goals and ending as the third highest goals scorer in the league.
Speaking exclusively to AOIFootball.com, the midfielder said he is eager to join his fellow teammates in the national team as he is fully focused on the game against South Africa.
“I’m done with club commitment and now it’s the national team mode. I can’t wait to join my teammates in France,” Ogu enthused.

Ogu is expected to join the Super Eagles camp in France on May 23rd as the team gets set for the 2019 Africa Cup of Nations qualifier on the 10th of June in Uyo.