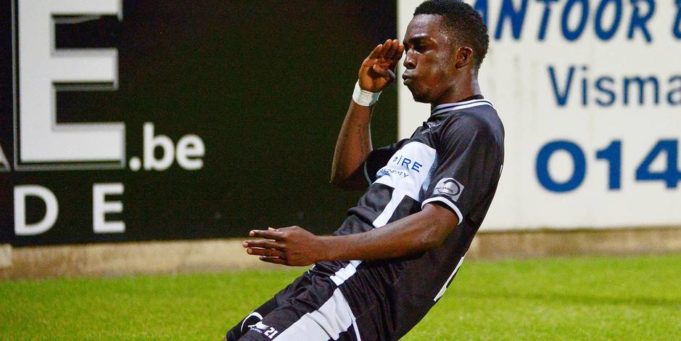 KAS Eupen striker Henry Onyekuru has finally been given a look in Super Eagles Technical Adviser as he has made a reviewed list of players invited for friendlies against Corsica and the Sparrow Hawks of Togo just confirmed by the Nigeria Football Federation.

Henry Onyekuru was called on in place of Austria Wien FC poacher Olanrewaju Kayode, who is being held back by club engagement.

The petit striker has scored 23 goals in all competitions this term in Belgium for his modest side and is arguably the hottest Nigerian scoring machine in Europe and has been scouted recently by Super Eagles coach Gernot Rohr.

Meanwhile the  Nigeria Football Federation has confirmed that the Super Eagles will play two international friendly matches, against the Senior National Teams of Corsica and Togo respectively, before the 2019 Africa Cup of Nations qualifier against South Africa in Uyo next month. 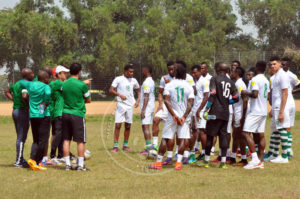 Chief Coach Salisu Yusuf will lead a contingent of goalkeepers trainer Alloy Agu, home –based professionals Ikechukwu Ezenwa, Alhassan Ibrahim, Stephen Odey and Sikiru Olatubosun and backroom staff to Paris on 22nd May, from where they will travel to Corsica.

The three –time African champions will take on the Corsica Senior Team at the Stade Francois Coty in Ajaccio starting from 8pmon Friday, 26th May, and then travel to Paris for the game against the Hawks of Togo.

The match against the Hawks has been scheduled for the Stade Municipal de Saint Leu La Foret, Paris on Thursday, 1st June 2017, starting from 7.30pm.

The Super Eagles will tackle South Africa in the opening match of Group E of the 2019 Africa Cup of Nations qualifying race at the Godswill Akpabio International Stadium, Uyo.

TO JOIN TEAM IN PARIS AFTER ENGLISH FA CUP FINAL