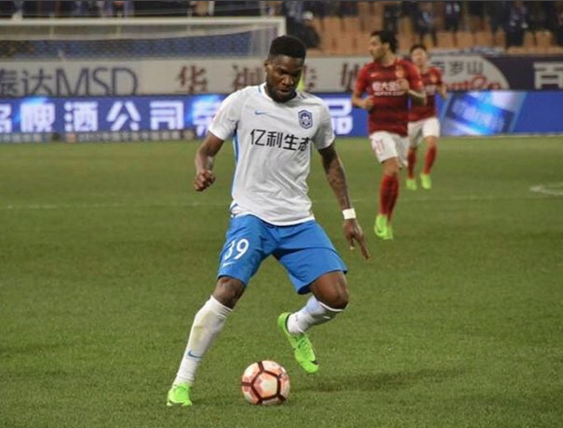 Super Eagles striker, Brown Aide Ideye, equalised to rescue a point for his club Tianjin Teda FC in their 1-1 away draw against Changchun Yatai in the Chinese Super League on Sunday, AOIFootball.com can report.

The goal was Ideye’s second after nine CSL appearances for Tianjin Teda.

Odion Ighalo was also in action for Changchun Yatai for 90 minutes, and was booked in the 76th minute.

Ighalo’s side took the lead through Jie Sun in the 16th minute.

Ideye however pulled a goal back for Tianjin Teda in the  46th minute.

Changchun Yatai had a golden opportunity to win the game, but Szabolcs Huszti missed an 84th minute penalty.

Tianjin Teda are now 11th and on 10 points in the league table, while Changchun Yatai occupy 13th position on eight points.