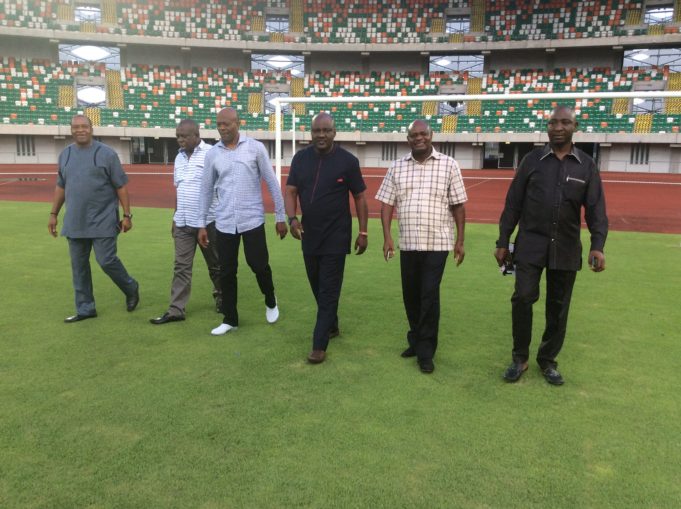 A team of inspectors from the Nigeria Football Federation has declared the Godswill Akpabio International Stadium, Uyo ready for next month’s 2019 Africa Cup of Nations qualifying cracker between Nigeria and South Africa.

Led by the Chairman of NFF Technical and Development Committee, Barrister Chris Green, the team expressed delight with the state of the pitch during a final inspection carried out on Monday.

“We want to express our appreciation to the Akwa Ibom State Government and the people of the State for their co-operation in observing no activity on the pitch of the stadium. That has helped to retain the lush nature of the turf.

“The NFF is of the belief that this abstinence will be observed until after the match,” said Green, who led a first inspection to the venue last month.