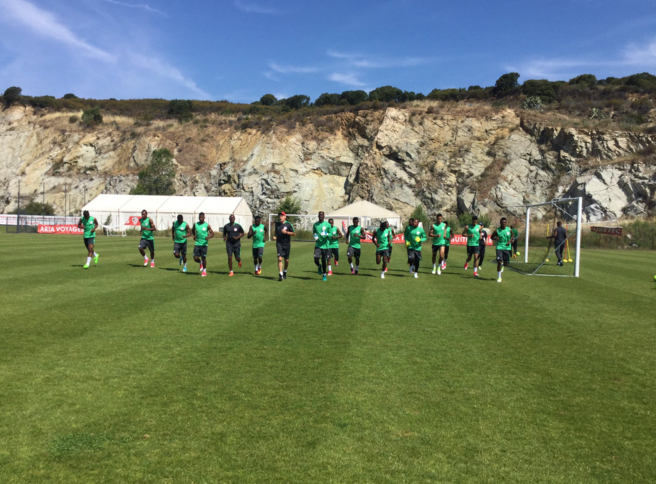 With a good number of players in camp, the Super Eagles trained again on Thursday morning in their quest to conquer the Corsica senior team.
England-based boys, Kelechi Iheanacho and Ahmed Musa, alongside Shehu Abdullahi and Mikel Agu, flew into Corsica aboard a private jet from Paris, AOIFootball.com can authoritatively report.
As expected, they quickly settled down at the Best Western Hotel, Ajaccio Amiraute where the Super Eagles are camped.
They trained with the side Thursday morning in an 8-aside kick and play with Kelechi Iheanacho’s side winning. Kelechi asked for a picture with the squad after the win.
The Super Eagles face Corsica on Friday (tomorrow).