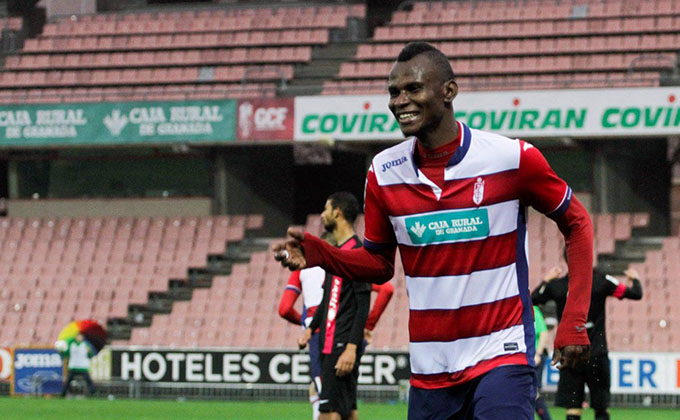 CF Granada Versatile player, Uche Agbo, has revealed that the Super Eagles camp in France is a very competitive one as players are jostling to make the cut for the match against South Africa, AOIFootball.com can report.

Agbo, who can play as either a defender or midfielder, disclosed that Coach Gernot Rohr made the present crop of players in camp know that some of them may not be part of the AFCON qualifier against South Africa onJune 10.

“The coach made us know that we have to fight for our place if at all anyone of us wants to make the cut for the South Africa game.

“The trainings have been very competitive as everyone here is working hard to see if he’ll make the cut because that’s actually our goal,” Agbo said.

Many of Super Eagles’ regular players will not be part of the friendly match due to club engagements but Gernot Rohr will be announcing the main squad that will tackle South Africa on June 1st.

Nigeria’s opponents South Africa, have already named their squad for the AFCON qualifier.