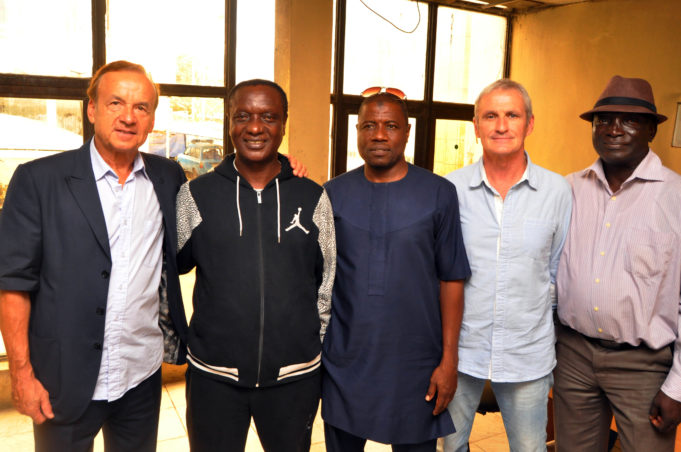 Technical Director of the Nigeria Football Federation, Bitrus Bewarang, has said that Nigerians should have confidence that Gernot Rohr is going to succeed and take Nigeria to the promised land.
According to him, if Gernot Rohr has played important matches for Nigeria and has not lost, they should have no reason to doubt the Franco- German tactician’s ability.
Bewarang in an interview with Aoifootball.com, hailed Gernot Rohr for giving opportunity to new players in the Corsica friendly on Friday night in Ajaccio, France, stressing that Corsica is a good team contrary to the general view Nigerians have about them prior to the Super Eagles 1-1 draw. 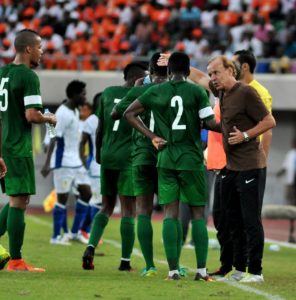 “I believe that Gernot Rohr has been on course since he took over the Super Eagles.
“If Gernot Rohr has come and played very important matches for Nigeria and has not lost any, they should have confidence in him.
“I have seen on social media that Corsica is not a highly rated team before we played them, but the records are there to show because this same Corsica team have been playing tough matches including Cameroon. They defeated France at a point in time, and it was only Cameroon that defeated them far back in 1998, so you can see they are a good team.”
“For the players that pulled out of the friendly game we don’t have to confuse issues because we are all aware that it is not all the leagues that have ended; some of the players that pulled out of the games have knockout competitions to play and we gave them the permission to go and play their games.
“Gernot Rohr has done well by using the Corsica game as an opportunity to see the  players that have not been seen before, which is what we all have been clamouring for,” concluded Bewarang.