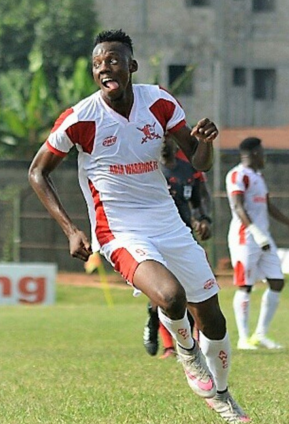 Jos based outfit, Plateau United maintained their lead at the top of the Nigeria Professional Football League table on a day of 100 per cent home wins following their 1-0 victory against bottom-placed Remo Stars on match-day 21 on Sunday at the Rwang Pam Stadium, Jos.

Plateau United’s only goal was scored by Hamzat Owolabi in the 43rd minute.

The win takes Plateau United’s points to 39 points after 21 games.

The goal was Mathias’ 11th of the season, just three short of NPFL top scorer Stephen Odey who has 14 goals.

Bala Yahuza made it 2-0 in favour for El-Kanemi in the 81st minute before Rivers United made it a nervy conclusion to the game as Onoriode Odah scored in the 92nd minute.

El-Kanemi overtook MFM into second place in the league table on 36 points.

In Minna, MFM’s struggle since the commencement of the second round of the league continued as they lost 3-0 to Niger Tornadoes. The Lagos club had been held to a 0-0 draw last week by Akwa United.

MFM were without star duo Odey and Sikiru Olatunbosun who are currently in France with the Super Eagles.

In the Oriental derby, Sunday Adetunji scored his 10th and 11th goals of the season as Abia Warriors took full advantage of playing at home by battering champions Rangers 4-0.

Adetunji opened the scoring in the sixth minute before Anthony Okemmiri added a second in the 15th minute.

In the 63rd minute, Adetunji grabbed his second goal to make it 3-0 before Obi Samson completed the rout by scoring on 86 minutes.

In Nnewi, a brace from Godwin Obaje secured a 2-0 win for IfeanyiUbah against Kano Pillars.

Obaje gave IfeanyiUbah the lead in the 13th minute before doubling the lead on 47 minutes from the penalty spot.

IfeanyiUbah have now gone eight games unbeaten in the NPFL, the longest by any team this season.

In Makurdi, Shooting Stars suffered their second straight defeat with a 3-0 loss to Lobi in Makurdi.

Two goals from Kingsley Eduwo in the 11th and 40th minutes, and an 89th minute goal by Sunday Akleche gave Lobi Stars the convincing win.

In Akure, Enyimba were beaten 1-0 by Sunshine Stars.

A 67th minute penalty converted by Ajibola Otegbeye sealed the win for coach Austin Eguavoen side.

And in other matchday 21 results, Akwa United without Alhassan Ibrahim who is in France with the Super Eagles defeated 10-man ABS 3-0, Nasarawa United overcame Wikki Tourists 2-0, while Gombe United managed a 1-0 home win against Katsina United.