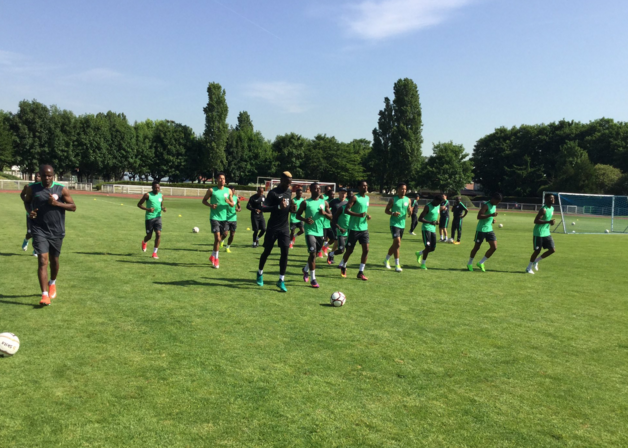 Only 19 players have been certified by Super Eagles’ handler, Gernot Rohr to feature in the international friendly against the Sparrow Hawks of Togo, AOIFootball.com can authoritatively report.

All players were part of training on Tuesday morning. Ahmed Musa, who was reported to have picked up a toe injury in the 1-1 draw against Corsica, has recovered and was part of training also.

This however means Coach Rohr may have given up on Chelsea’s Ola Aina who is yet to arrive at Hyatt Regency Hotel camp of the team.

Meanwhile, the Super Eagles will on June 2nd depart Paris for Abuja after their international friendly against the Hawks of Togo.

The Eagles, which played a 1-1 draw against the senior national team of Corsica on Friday May 26th, will clash with Claude Le Roy’s Togo on June 1st.

Coach Gernot Rohr has declared that the time has been used for bonding and has helped to expose the potential of new players invited for the Corsica and Paris camp.

The team however will leave immediately after the Togo friendly direct to Abuja where they are to train for a few days before they leave for Uyo.

Coach Rohr is expected to release a new list of players that will prosecute the 2019 Africa Cup of Nations qualifier against South Africa on June 10 at the Godswill Akpabio International Stadium, Uyo.