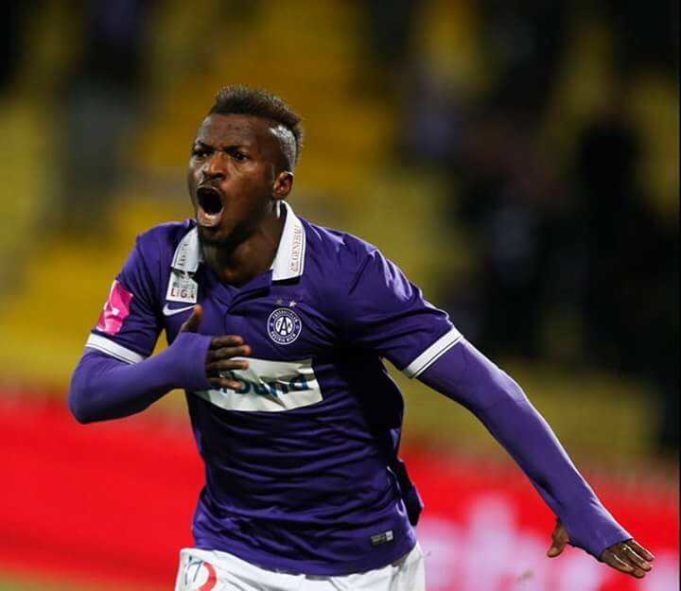 The Ibadan-born striker was also named in the team of season after this great feat.

The striker, now in the Super Eagles’ Paris camp after missing out against Corsica due to club commitment, took to his Instagram page to express his delight. He wrote: “I’m super excited… Thank you God for making me the highest goals scorer in the Austria Bundesliga… it can only be God…So proud of my teammates for making us proud too, real champs… it was indeed a great and fantastic season for me…Happy holiday you all…#LK8… also thanks to my wonderful fans, we made it…#LK8”.

Meanwhile, Arsenal star, Alex Iwobi has teamed up with the rest of the Super Eagles squad at the Hyatt Regency Paris where the Gernot Rohr tutored side are camped ahead of the friendly match against the Togo Hawks on June 1st.

The youngster was given a waver by Super Eagles Technical Adviser, Gernot Rohr because of the English FA Cup finals between Arsenal and Chelsea.

Although an unused sub, the Gunners still went on to clinch the FA Cup title.