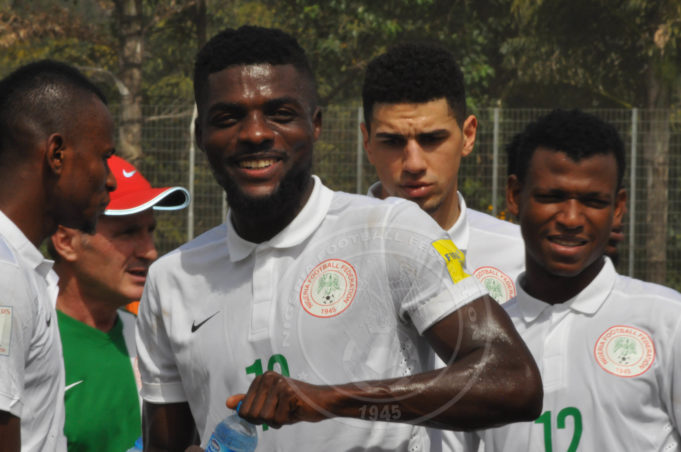 Super Eagles and Hapoel Beer Sheva midfield general John Ugochukwu Ogu has said the team’s 2019 Africa Cup of Nations qualifier against South Africa is all that is on his mind at the moment.

The tall and intimidating midfielder, who would have been part of the current players in the Super Eagles’ camp in Paris, if not for visa hitches, however says he has put behind the disappointment and is now focused on the AFCON qualifier.

“I have put aside the disappointment of the visa hitch and I’m now focused ahead of the Nation’s Cup qualifier against South Africa. I have been working hard with my personal trainer, working out and maintaining fitness,” Ogu told AOIFootball.com exclusively.

The former Academica de Coimbra midfielder, however believes the camping and friendly games in France will go a long way in helping the team ahead of the cracker.

“I saw the highlights of the game against Corsica; the sharpness and the number of chances the team created, was impressive. I also expect an improved performance from the team when they battle Togo on Thursday. I have always said this team will do exploits, because from the technical crew to the current Super Eagles team, we are loaded. South Africa will lose when we face them in Uyo, I’m very optimistic,” Ogu concluded.