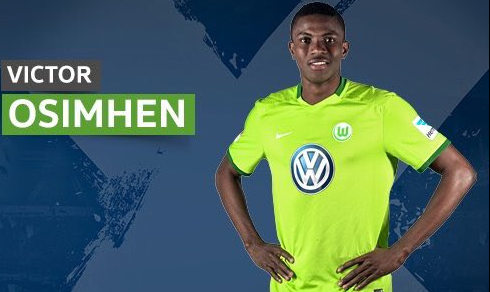 Nigerian youngster, Victor Osimhen, is set to join up with the rest of the Super Eagles squad at the Hyatt Regency Hotel Paris on Tuesday night reports AOIFootball.com.

The promising striker helped his German club, VFL Wolfsburg retain their Bundesliga status after a playoff win over Eintracht Braunschweig. The victory was celebrated with a big party in the VFL Wolfsburg family.

Osimhen will be arriving the Super Eagles’ camp tonight ahead of the international friendly with Togo at approximately 10:pm Nigerian time.

His arrival will heighten the competition in the team’s attack line as Coach Gernot Rohr looks out for capable legs to help Nigeria shoot down South Africa on June 10 in Uyo.