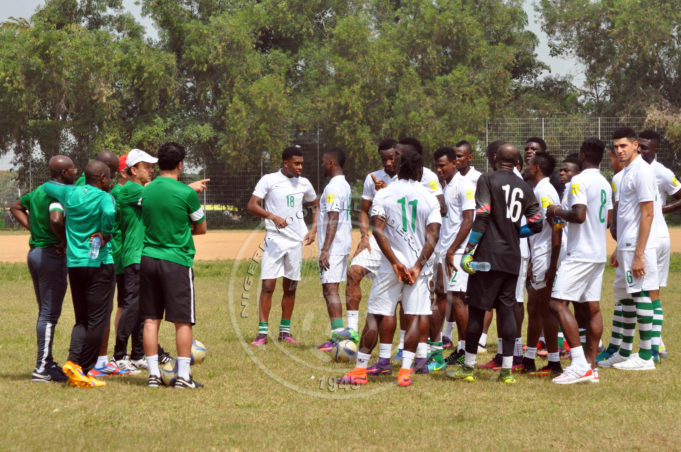 Super Eagles’ handler, Gernot Rohr has left out the quartet of Chelsea’s Victor Moses, Captain Mikel John Obi, his teammate at Tianjin Teda, Brown Ideye and Changchun Yatai striker, Odion Ighalo from the squad that will face the Bafana Bafana of South Africa in a 2019 Africa Cup of Nations qualifier billed for the Godswill Akpabio International Stadium, Uyo.

Victor Moses was an integral part of the Chelsea team that recently clinched the English Premier League title in style, playing 34 times for the Antonio Conte-tutored side. The Nigerian scored 3 goals with 2 assists and was also used in a totally new position (wingback), and he did not fail his Italian coach.

Brown Ideye is also missing from Rohr’s list and has scored twice in 7 appearances for 11th placed Tianjin Teda in the Chinese Super League.

Rohr certainly is spoilt for choice, with youngsters like Henry Onyekuru, Kelechi Iheanacho and Moses Simon preferred ahead of the former Olympiakos FC of Greece attacker.

Also missing conspicuously is the captain of Changchun Yatai, Odion Ighalo who has also scored twice in six appearances this season for the CSL outfit and just returned from injury.

For Mikel John Obi, the mercurial and most experienced Super Eagles player at the moment, has been battling to recover from a niggling knee injury he copped while playing for Tianjin Teda in the CSL, hence his omission from the list against South Africa.