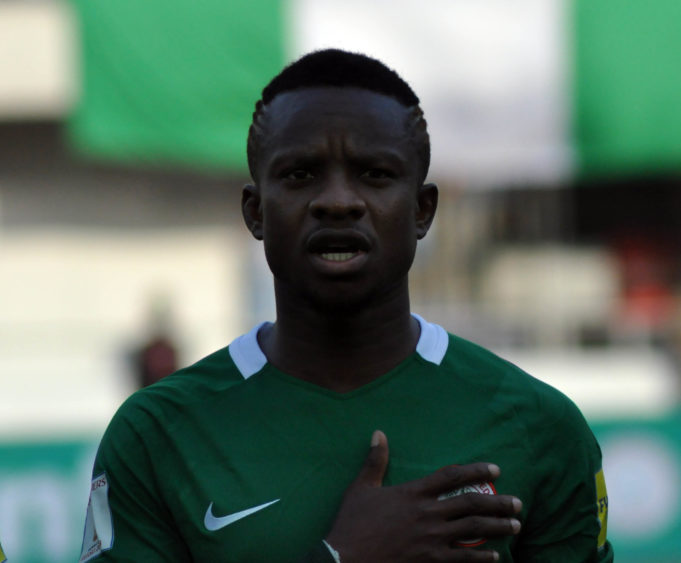 Super Eagles Vice Captain Eddy Ogenyi has had a fantastic season in the Turkish Super League.

The midfielder, who was ranked among the Top Five African Players in the League, spoke his mind to AOIFootball.com’s Abiola Shodiya on Nigeria’s upcoming 2019 AFCON qualifier against South Africa, said it’s going to ‘payback time’ to the Bafana Bafana.

South Africa stopped Nigeria from AFCON few years ago; as a leader in the team, are you extra-motivated to pay them back in their own coin, come June 10 in Uyo?

Well, we thank God for another opportunity for us to meet again; our motivation is to use this opportunity to make sure we win against them to pay our fans and country back what we missed, but it is not going to be an easy game for us.

There is a generation of younger players coming into the Super Eagles. What are you and other leaders in the team doing to make the boys feel at home?

Yes, lots of young talents are coming up. As the assistant captain of the team, I always do my best to motivate them when they join us. This way, they will feel at home and play with their relaxed minds; we are all one big family, no matter the age differences, we share everything.

Looking at the present young squad, how much do you think the Super Eagles need the experienced players to get to greater heights?

That is true. The team is young and need at least three or four experienced hands to pilot them to do well.

How would describe the bond in the team after reports that there is a little friction in the team?

You should know that in our team, there’s always fun and happiness. There’s no dull moment in the Super Eagles’ camp and no friction whatsoever.